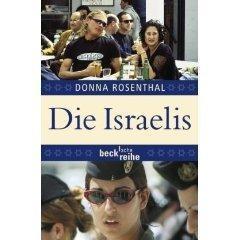 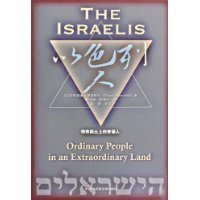 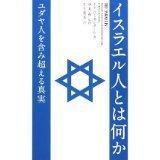 Israel. CNN has its perspectives. Al Jazeera very different ones. The BBC has its versions. The New York Times theirs. But how does Israel look to Israelis? 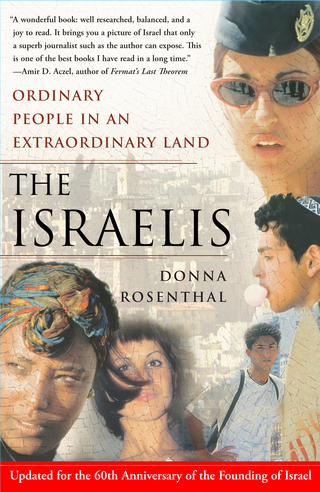 THE ISRAELIS was born when a CNN producer asked Donna Rosenthal: "Our viewers are confused. We have footage of Jews who look like Arabs, Arabs who look like Jews. We have black Jews, bearded 16th century Jews and sexy girls in tight jeans. Who are these people?" Despite the avalanche of news from Israel, few people know much about modern Israelis. Find out from award-winning journalist Donna Rosenthal who explores the "other Israel" in THE ISRAELIS: ORDINARY PEOPLE in an EXTRAORDINARY LAND (Free Press/ Simon & Schuster, updated 2008 paperback).

Who are these people who order Big Macs in the language of the Ten Commandments? Are they the Sabras - native-born Israelis - who believe that only sissies wait in line and obey No Parking signs? Are they the Ethiopian immigrants who sing hip hop in Hebrew? Or are they the entrepreneurs who invent everything from the world's most popular computer chips to the latest cancer, heart and diabetes treatments? The Christian women who publish a daring Cosmo-style Arabic magazine. What does Israel -- what do Israelis -- really look like?

THE ISRAELIS shows these spectacularly diverse people as they see themselves: trying to lead ordinary lives in an abnormal country. They live with deadly missiles attacks and a nuclear Iran, but Israeli youth are also the world's biggest MTV fans and their heroes are former soldiers who've built the world's second Silicon Valley. You'll meet the Israeli Bill Gates and the third wife of a Bedouin who watches Oprah. Then there are the women combat officers who serve in the world's only country that drafts women. You'll see firsthand what's it like taking children to the mall - first to shop at Toys R Us and then to be fitted for larger gas masks. And meet the newlywed whose Ethiopian-born parents dislike her husband, not because he's white - but because he's not Jewish enough.

THE ISRAELIS tells the dramatic stories of the clandestine human airlift that brought more than 14,000 Ethiopians out of Africa in thirty-six hours, to the avalanche of former Soviets (since the 1990s, more than one million have arrived in Israel, the equivalent of the U.S. absorbing the entire population of France). The Russians are delivering an enormous brain gain - Israel has the world's highest percentage of doctors, scientists, engineers, and musicians - but a big demographic dilemma as well, since over half of the latest immigrants aren't Jewish - and Russian-speaking communities feature churches, Christmas trees, and shops selling pork and vodka.

They're not alone: Israel is the Middle East's only country with a growing Christian population, and Arab Christians are the most educated and affluent of all 7.4 million Israelis. This internationally-acclaimed book takes you into their homes, their lives. Near Nazareth's Basilica of the Annunciation, you'll meet Arab Christians whose medical devices save lives around the world - and visit the Church of the Holy Sepulcher in Jerusalem to meet the Muslim who holds the keys to the Church - a job his family has held for seven centuries. Despite ongoing problems inside the Church, outside, Christian Arabs of the Holy Land are facing far more serious ones.

Find out about the war of the wombs. What's the most popular name for an Israeli boy? Muhammad. In intimate conversations, young Israeli Muslims - who speak better Hebrew and know more about Judaism than many Jews of the Diaspora - reveal their frustrations and their hopes. You'll also meet the "Other Israelis" - half of all Jews are from families who fled Islamic countries of North Africa and the Middle East (until 1949, about a quarter of Baghdad was Jewish). They eat couscous, not gefilte fish, and prefer Umm Khultum to Mozart.

From battlefields to bedrooms to boardrooms, you'll meet an astounding mix of Israelis - devoutly traditional and radically modern. Discover the colliding worlds of these Jews, Muslims, Christians and Druze whose country - smaller than New Jersey - captures the lion's share of the world's headlines.

Interweaving hundreds of personal stories with intriguing new research, THE ISRAELIS presents the country the way Israelis see it. Lively, irreverent, and always fascinating, it's called the most original book about Israel in decades.